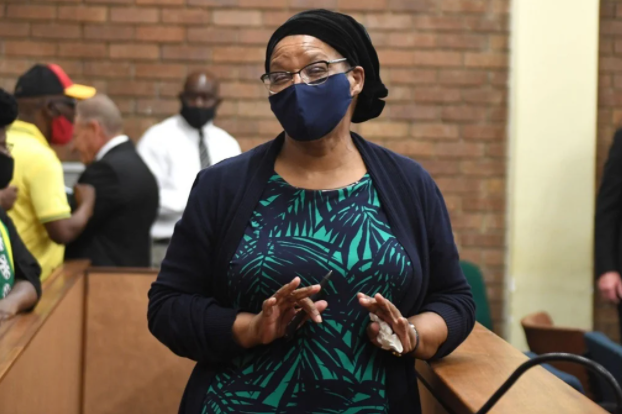 The animal cruelty trial of National Assembly Speaker Thandi Modise has gained its first insight into her possible defence, with claims the case is a frivolous political stunt by AfriForum.

Modise appeared in the Potchefstroom Regional Court on Wednesday where she is being privately prosecuted by AfriForum’s Private Prosecution Unit on behalf of the National Council of Societies for the Prevention of Cruelty to Animals (NSPCA).

She has pleaded not guilty to six counts of animal cruelty relating to the dozens of animals that died or were emaciated allegedly due to starvation and dehydration on her farm in the North West in 2014.

While the private prosecution, led by advocate Gerrie Nel, is still in the driving seat presenting evidence, several clashes between him and Modise’s legal representative, advocate Dali Mpofu SC, led to insight into what may be part of her defence.

The argument was started by Nel calling expert witness Dr Sameet Abdullah Abass who was set to testify on how the animals died or were emaciated and how to give time spans on the level of decomposition of the carcasses found on the farm.

Mpofu objected as Abass started giving testimony, stating the defence was never informed an expert witness was going to be called.

Nel hit back that a full disclosure had been made with the witness list, but said if the defence was not prepared, as a matter of fairness, they would give them time to prepare.

Mpofu was not happy with the idea of a postponement, and said if such a postponement was called, it must by the prosecution in the case.

His reasoning for this argument relates to the possible civil implications of the case and if the defence calls for the postponement, the costs involved cannot be claimed if there is a civil suit.

“We may retrieve the costs even in a civil context, not necessarily in relation to the Criminal Procedure Act, even if prosecution is not in good faith, if it is done in bad faith, then the costs may be retrieved,” Mpofu said.

It was at this point that he told the court the defence believed the private prosecution of Modise was a frivolous political stunt by AfriForum.

The defence said it would argue these points at the right time, but the entire prosecution was malicious and for ulterior purposes aimed at embarrassing the accused.

Modise echoed similar sentiments after her court appearance when she told reporters she was innocent and wanted to take the stand to give her side of the story.

“After six years of being tortured, of family being displaced, of being maligned, of my name being used to fundraise for AfriForum, yes I am looking forward to taking the stand,” she said.

Mpofu’s cross-examination, at times, also led to the deduction that the defence would be claiming some sort of political agenda narrative.

While cross-examining journalist Dustin Wetdewich who was on the scene, Mpofu asked if it was not strange the DA had tipped the Potchefstroom Herald off about the animals on the farm.

“If it was not for the involvement of the DA and the owner was not a former premier of the North West, you might have continued with the braai.”

“Why politicise the matter?”

Case based on evidence

A flabbergasted Nel told the court he had never seen such arguments in a criminal court, saying the courts he appeared in had decorum.

He also pointed out Mpofu had quoted the wrong section when making his arguments, and he was not doing anyone a favour by getting the witness to stand down but was working with the court to solve the impasse.

“Procedurally, we have done nothing wrong, but the defence is not ready to continue with this witness. Let him stand down, we will call another witness,” Nel said.

The court then ordered that Abass stand down and another witness be called. He is expected to testify when the case returns to court next year.

Andrew Leask, the head of investigations of AfriForum’s Private Prosecution Unit, told journalists they were disappointed with the comments made in court and denied there were other motives at play.

“This is a court of law that’s properly constituted in terms of law, we are here not to play games, to kick up political dust or to be involved in political mudslinging,” Leask said.

“We are here to present a case based on evidence, we will present the evidence and allow the court to make judgment on it.

“We were approached by the NSPCA asking us to conduct a private prosecution for their matter, which we are doing.”